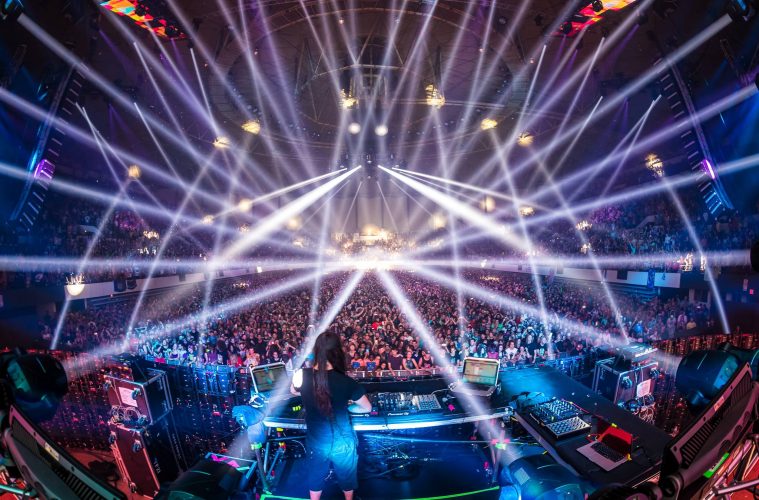 Getting Reflective: A Look Back At Bass Center X

Just over a week has passed since Bassnectar and his team stormed the Hampton Coliseum in Virginia for the tenth installment of Bass Center. This was the team’s first return to The Mothership in over a year; and many agree that it was a year too long. Bassheads everywhere had been anticipating the event for months, and they got everything they were promised and more. The acoustics in the Coliseum paired with Bassnectar’s sound is a recipe for the ultimate throw down, and that is exactly what took place. 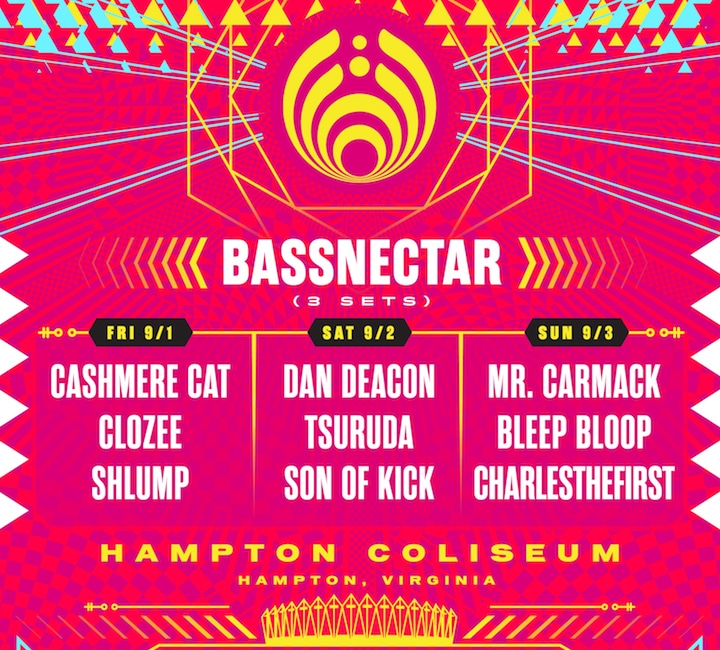 ​The lineup this year stirred up a lot of commotion leading up to the show: some people were blown away by the diversity, others simply not impressed (that is until they attended the event). The fact of the matter is, this year’s event was stacked with some of the most raw talent in the bass music game currently –  in addition to some classics. First night was kicked off with two of the scene’s rising stars, Shlump (of Wakaan) and France’s own, Clozee. These two, followed by the one and only Cashmere Cat started the weekend off with a bang, getting people moving from the moment doors opened.

Night two we had Son of Kick start the party, followed by up and coming bass music heavyweight, Tsuruda, who splattered some brains with his obscure and deep frequencies. The final opener that night is actually Bass Center veteran, Dan Deacon, who brought an interactive and quite bizarre show. Night three was for the heavy hitters. The night began with one of the most talented young producers bursting on to the scene, CharlesTheFirst. Charles brings a unique midtempo-ambient vibe while still maintaining a crunchy classic dub sound. His producing is extremely unique, and deeply intricate (be on the look out for this dude in the near future).

Bleep Bloop was next on the bill, bringing his notoriously grimy weird bass sound fused with some gangster rap that got everyone in the building hyped up. The last opener of the weekend was trap legend, Mr. Carmack who is known for his range and versatility. He prominently displayed this, mixing in some new age grime with his signature flow. Even when his sound cut out the party never stopped, a perfect support artist for the gathering. 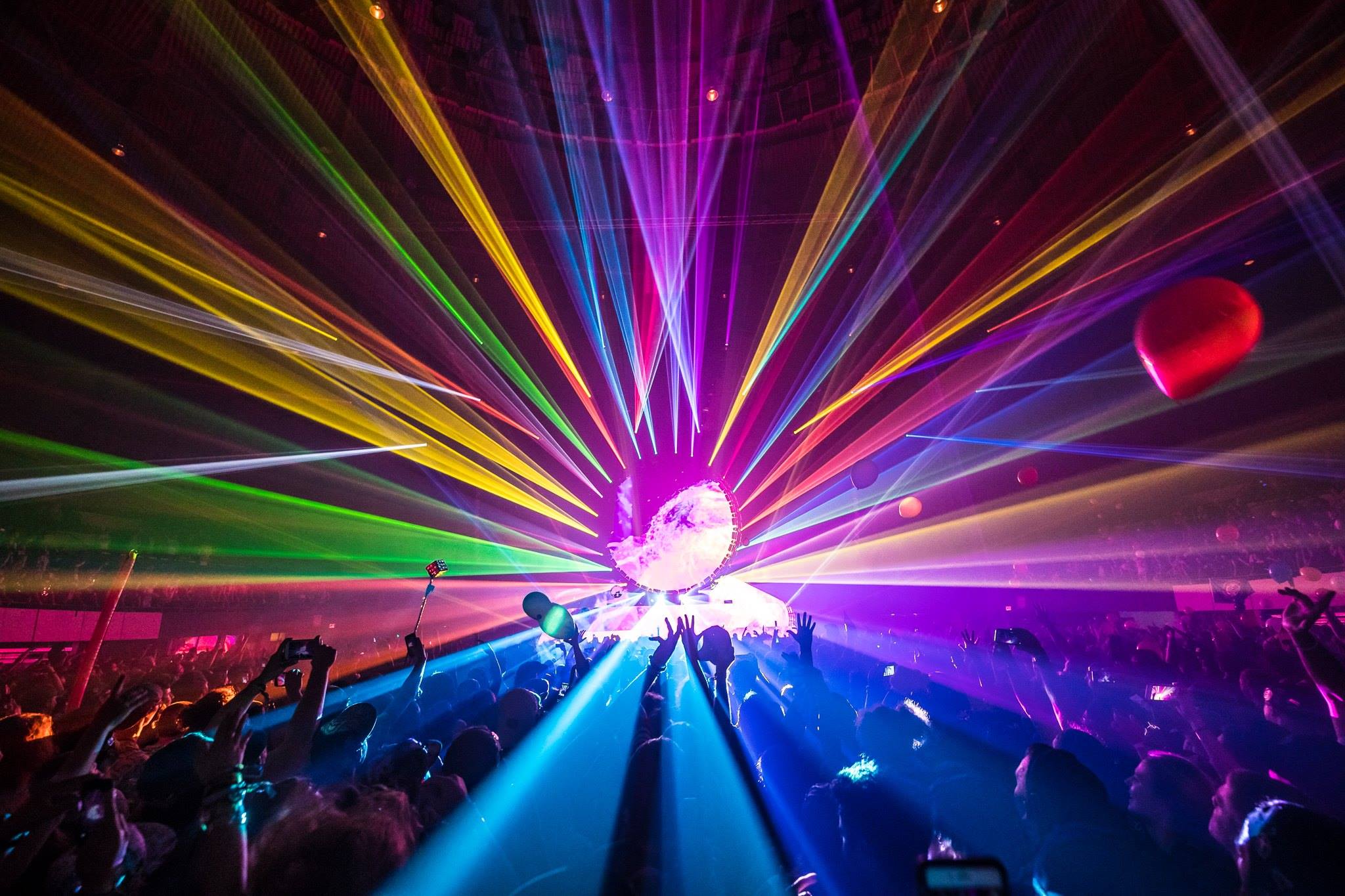 ​Bassnectar delivered once again with a totally immersive show. This time around cranking out more than 600,000 watts of PK Sound, at times you felt as if you were in the midst of an earthquake (which was totally badass). Each night held a different theme, Space, Earth, and Ether, leaving the attendees to interpret each message on their own. These events are more then just the best party you’ve ever been to, but a spiritual gathering just like any other in history. Gatherings like these can be sacred when they are being used for good.

Chase Iron Eyes, Bassnectar’s guest speaker on night two, spoke of the power that we all have to make a change when we come together. Divided we are not nearly as powerful as when join forces, especially for good, in this case he was talking about protesting The Dakota Pipeline, which would be stripping his people of clean drinking water and intruding on sacred land. As he spoke the screen lit up behind him, reading “Water is Life,” and asking the audience to text Lakota to 64336, which would direct them to a petition, opposing the pipeline and asking to pardon the many whom were being prosecuted merely for protecting clean water. This was something that had many on the verge of tears.

The whole Bassnectar team was taking initiative to use themassive influence they have for something good. Along with this, Bassnectar mixed in plenty of subliminal wakeup calls and inspiring interludes that left the audience questioning if they had lives…or if they are just living. 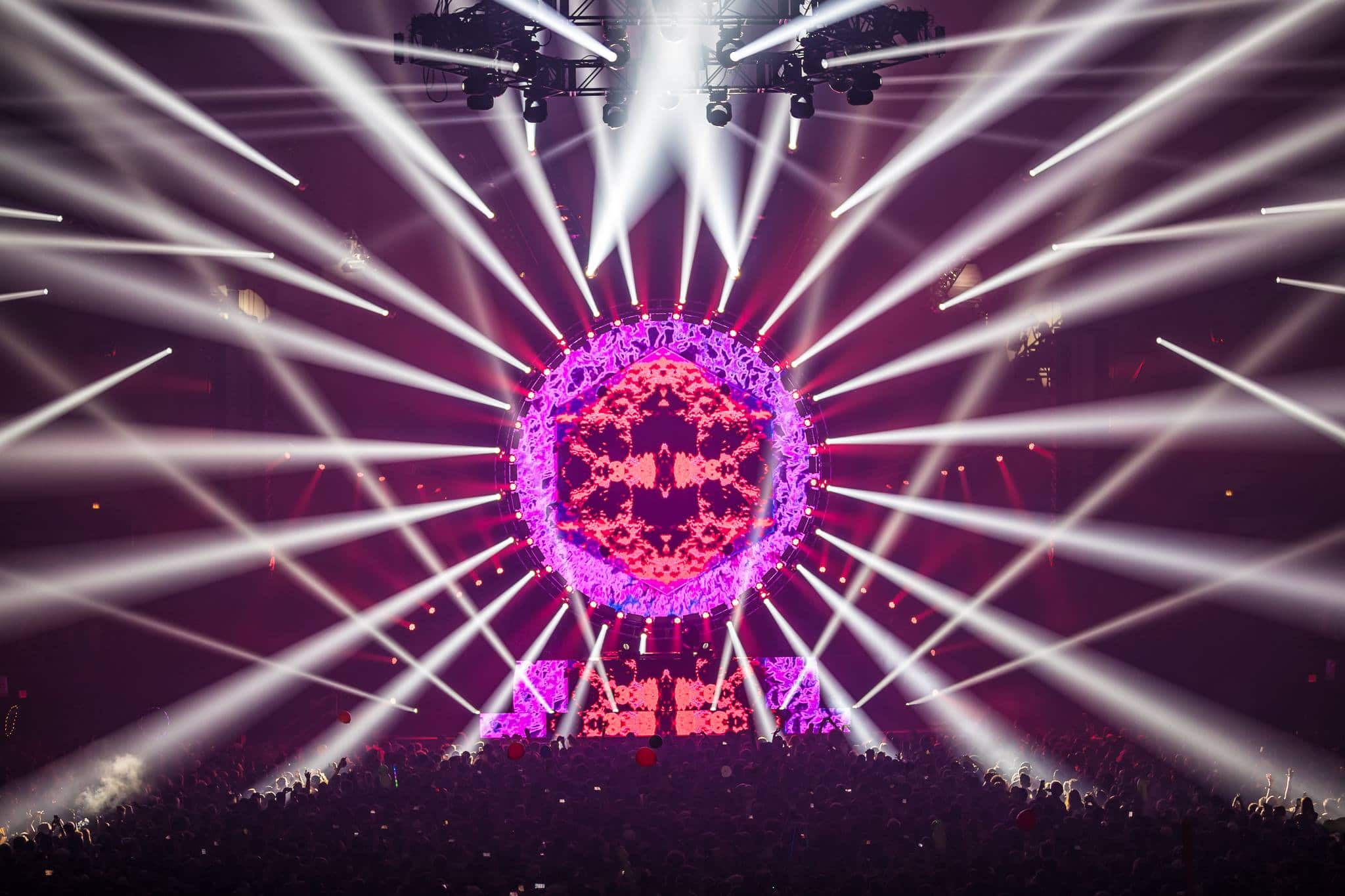 The team brought with them the same sphere set up they had Freestyle Sessions: Colorado. However this time around they added ceiling panels as well as a beautiful showcase of lights by the legend Michael Smalley. It is safe to say that his work was an absolute highlight of the weekend. The light show dreampt up by this mastermind was nothing short of breathtaking, not a single picture could even do it justice. Bassnectar turned up, dropped it low, went deep, got spiritual, and everything in between, it was a rollercoaster ride of emotions the whole weekend, and he left the fans not only wanting more, but with a new zest for life and wanting to leave the weekend inspired to help make a difference. 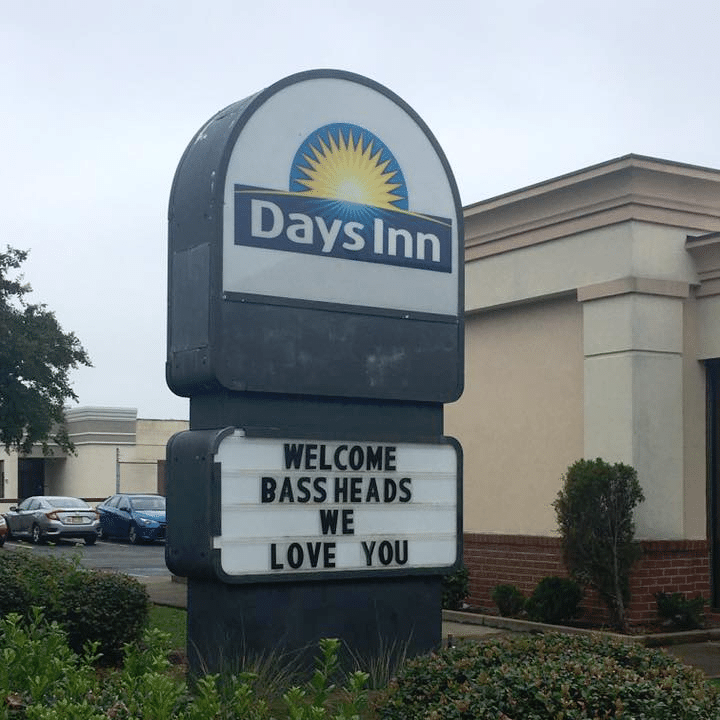 Bass Center is amorphous. Much like Bassnectar’s music, the event itself is constantly evolving, so the approach to the it was taken a little differently then the previous one held in Denver last year. To start, this venue was indoors which meant for better acoustics and held about half of the amount of people, giving the fans a much more intimate evening. It also took place on Labor Day weekend, opposing a numerous amount of festivals and events, which helped ensure that the people in attendance really wanted to be there. Instead of camping, bassheads had the luxury of staying in the hotels that immediately surround the coliseum. I for one love having a bed and shower to come back to and de-wook each night so this was a positive for many like me. 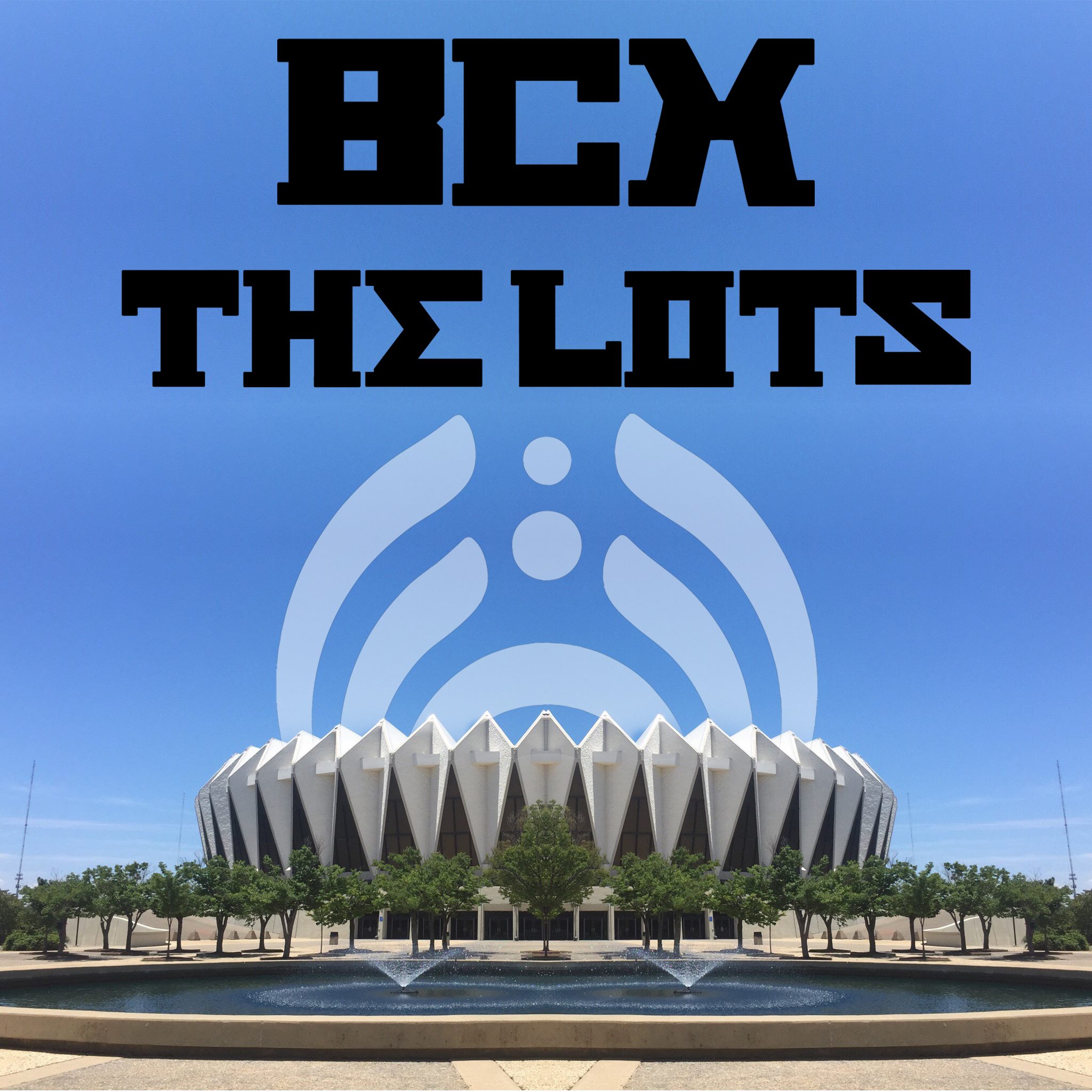 ​Aside from the main event, for the first time ever the Bassnectar team set up “Lot” out in front of the building each day of the event. The Lot consisted of a select few vendors, various meet-ups, and a small stage that hosted local bass music artists from various parts of the country. One highlight being the unexpected PartyWave set, whichsucked in some people in who intended to just be passing along. In addition; renegade sets out of the back of cars popped all over the parking lot each day, showcasing various artists from all over the country.

The whole concept is very unique and meant to get people to interact with one another outside of the event itself. It was interesting to watch the team attempt to recreate an almost Shakedown Street feel. Along with the music, The Lot also had donation centers for local food drives in the area and community-building activities brought to us by the Ambassador team. These activities were stressed in the promotion of this event because a major message Bassnectar is constantly attempting to convey is importance of giving back and helping out our communities.

​A special thank you must be given to the Ambassador Team, for their hard work and dedication to the community. They helped keep things running smoothly, doing their best to make sure their fellow bassheads stayed hydrated, energized and safe. They are in charge of “The Haven,” which is a place to go and gather yourself when you feel overwhelmed by the show, or even if you just want to relax and meet new friends. This concept has been a successful one that has become a staple at Bassnectar events, in anattempt to ensure the safety of all in attendance.

The ambassadors even received a positive response from the local Police Force, who really enjoyed what they stood for. The police in addition to the townspeople welcomed the bassheads with open arms and the fans responded with the same respect. Regardless of the wrap the Bassnectar community may take sometimes, this weekend showed that the fans can be polite, considerate, and really represented a positive change and growth in the community that Lorin Ashton and his team have been trying to foster. 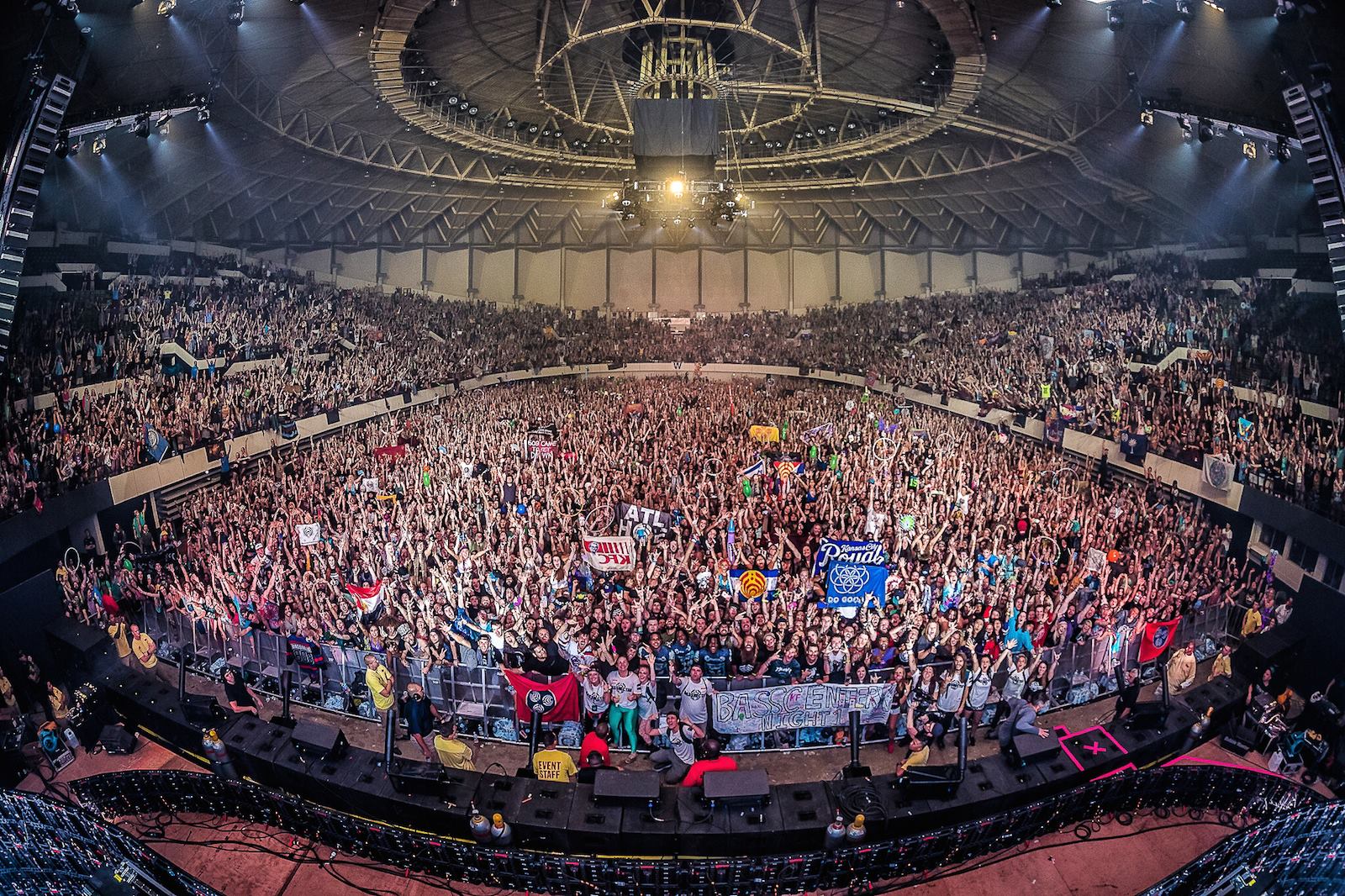 What was your favorite memory from Bass Center X?  Do you think Bassnectar should make Hampton Coliseum the official home of future Bass Center events?  Let me know in the comments!