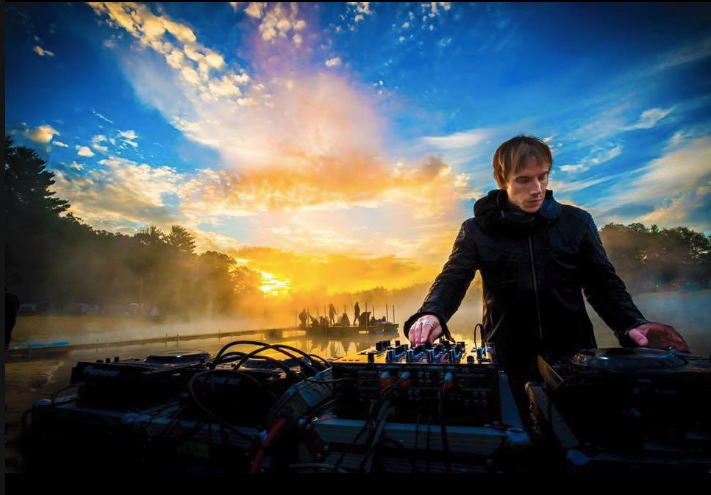 It’s not especially surprising for a music festival to invite some of their favorite artists to reprise their sets every couple of years. For Martin Stääf, the mastermind behind Liquid Stranger (and head honcho at Wakaan), this will be his third time making an appearance on BangOn!NYC’s Earth Stage in just four years.

Liquid Stranger was one of the stand-out sets from Elements NYC in 2016, and was even better for Elements Lakewood’s inaugural year in 2017. We got an opportunity to chat with him leading up to our trek out to Lakewood next week, and it certainly helped fuel our excitement.

The Wook of Wall Street: At this point you’re quite the Elements veteran, what keeps you coming back, and what are your favorite things about the festival?

Liquid Stranger: I’m not sure I would call myself a veteran, but I enjoy the festival. It’s in a part of the country that is somewhat similar to Sweden, where I grew up. It’s also a cool and unique lineup with something for everyone.

TWOWS: When playing a boutique festival like this, do you feel you need to cater your sets to a more intimate crowd? If so, what makes sets like these different from touring sets, or bigger festivals?

Liquid Stranger: I create my sets based on what I think is going to work musically in addition to what I want people to hear. Yes, I want people to enjoy my music and sets, but I also make it a point to try and create an experience with my sets by often times playing tracks people aren’t as familiar with, or a block of something that is a bit more unexpected. It’s not really about it being about an intimate set vs larger festival set – it’s about creating something that you enjoy and sharing that with the attendees. Hopefully they enjoy what I am doing and become lifelong fans. All I can do is ask everyone to keep an open mind and (while I play) if they like it, great; if they don’t, that’s ok too.

TWOWS: Your most recent LP, “Infinity” was massive! How do you incorporate that much new music into your sets, and what can people expect from that LP in your shows going forward?

Liquid Stranger: Thanks, it was a labor of love. I tried to push myself to create something unique. I don’t incorporate all of the record into my sets, only bits and pieces that make sense for the situation. I do try and play some of it in a live setting, it just depends on what festival I’m at and how it’s programmed.

TWOWS: Wakaan is gearing up for its own festival later this year. Do you draw inspiration from any other festivals for what you’re planning to throw together? What can you tell us that would set it apart from the rest?

Liquid Stranger: Yeah! I’m really excited about it! It’s actually doing very well and we are already 75% sold out and just went up with tickets last week. Now, when I attend a festival I’m taking inventory and trying to soak up as much info as I can. I try to see it through the lens of a consumer as I have less knowledge in that department as I rarely attend festivals as a patron. We aren’t trying to compete with what else is out there, there are too many great festivals! We are rather trying to curate something for our fanbase and are more interested in growing the free-form genre by giving some of the underground artists a pedestal.

I really look up to Excision for what he has created with Lost Lands and Bass Canyon, he is a dear friend and I respect everything he has done. I also really enjoy the vibe of Shambhala, Electric Forest, EDC, and Buku.

I think the biggest thing that sets us apart is simply the music. It’s not going to be programmed for the normal mainstream consumer. All are welcome to come and take part and we hope we can provide an enjoyable, judgement-free festival where all are made to feel welcome. Music is a powerful tool in bringing people together and I can only hope that this festival will bring us all together giving more respect to our fellow humans.

TWOWS:  Who are a few up-and-coming producers or artists in the electronic music scene that have caught your ear recently?

Liquid Stranger: Oh wow, there are so many. I really love what Effin, INZO and Krischvn are doing. Sully is creating some mad heat as well. Really excited about the new Shlump & Hydraulix EP’s we have coming out on WAKAAN. We are also working on tunes with Krilla, and Lucii who are great. Then also focusing on some of our staple artists like LUZCID, Champagne Drip and Freddy Todd. I tend to play out a lot of tracks from GRex, and LSDREAM too….

TWOWS: Are there any other artists’ sets you definitely will be catching at Elements?

Liquid Stranger: CloZee for sure, I love what Big G do, and obviously Russ Liquid.♦︎

Liquid Stranger is slated to play the Earth Stage at Elements Lakewood next weekend, with daily schedules coming out soon. Tickets are still available, and this is certainly an event you will not want to miss!