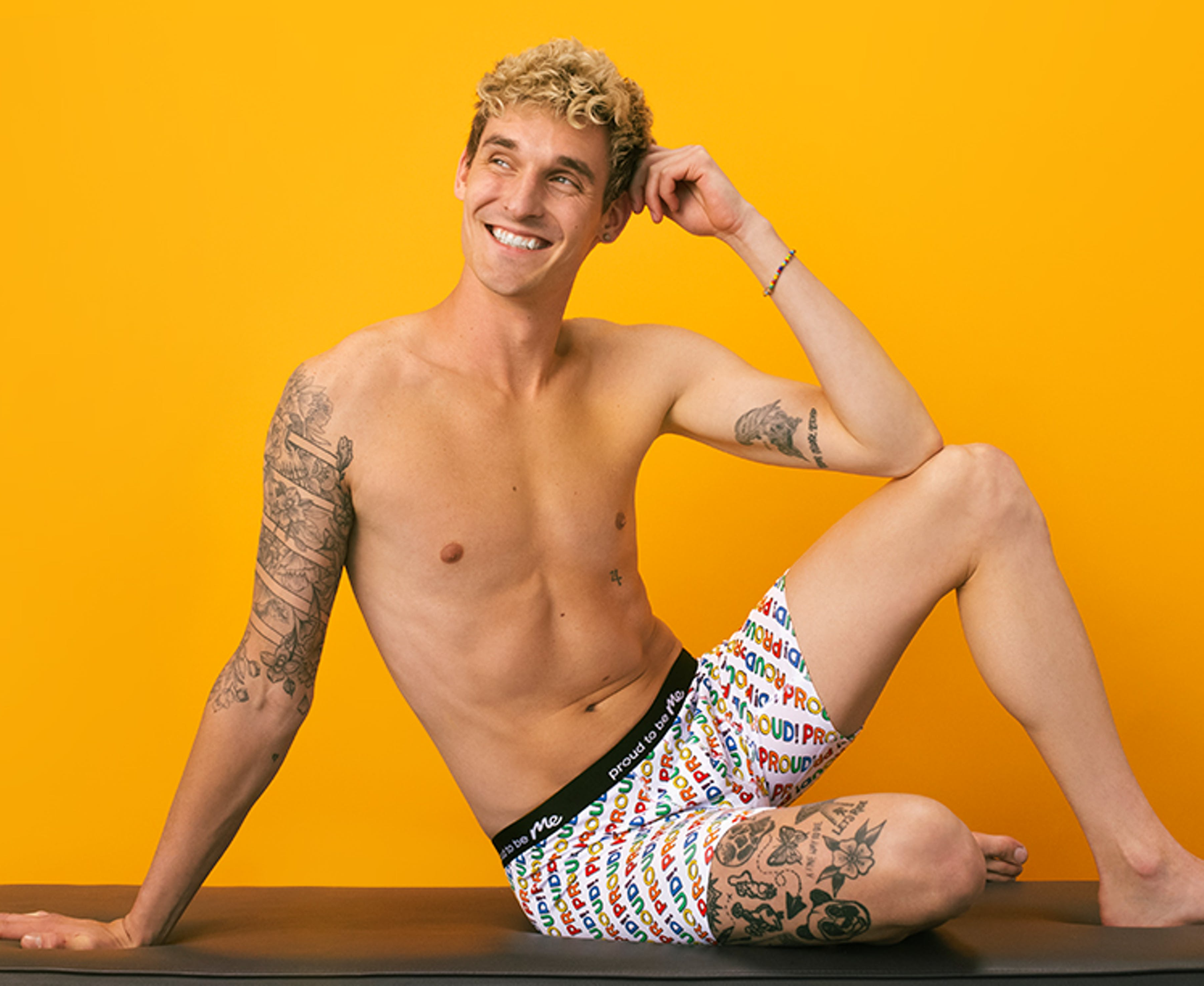 Get a First Look Behind GRiZ’s Partnership with MeUndies for LGBTQ Pride Month!

When GRiZ tweeted on Tuesday that he was dropping a collab with MeUndies this week, I almost imploded for several reasons. To start, I’ve already been a loyal subscriber to the L.A. company for years, purely because there legitimately isn’t a more comfortable pair of boxers on the market; especially when you have thighs like a Samoan linebacker. Also, with Pride month on the horizon, I could only hope that the designs would coincide with that theme – and, of course, Grant Kwiecinski did not disappoint.

Ever since its inception in 2012, MeUndies has been an advocate for the gay community. Despite receiving hate messages and losing thousands of followers any time they feature same-sex couples in their campaigns, Jonathan Shokrian and his team continue to be a champion for LGBTQ rights and visibility. The brand started releasing annual Pride-themed collections in 2017, the same year that GRiZ came out to the world as homosexual, so it seems almost poetic that they would make him the face of this year’s campaign.

“You won’t find me getting a Chick-fil-A sandwich. I’m not going to put that into my space…MeUndies is about uplifting the culture. And they have the softest underwear in the game. It makes me feel sexy and self-confident…so I don’t have a problem taking my pants off!”

Inside this collection you’ll find designs featuring slogans like “I Love Me”, “Proud”, and Unicorn designs printed on both men’s and women’s underwear and essentials such as bras, t-shirts, socks, bandanas, pajamas, and onesies ranging from $16-$78. It is important to note that $1 from every sale will be donated to Miley Cyrus’s non-profit, the Happy Hippie Foundation, which focuses on the LGBTQ community, youth homelessness, and other vulnerable populations.

What do you think of the collab between Griz x MeUndies? Will you be purchasing anything from the collection? Let us know which item in the comments below!